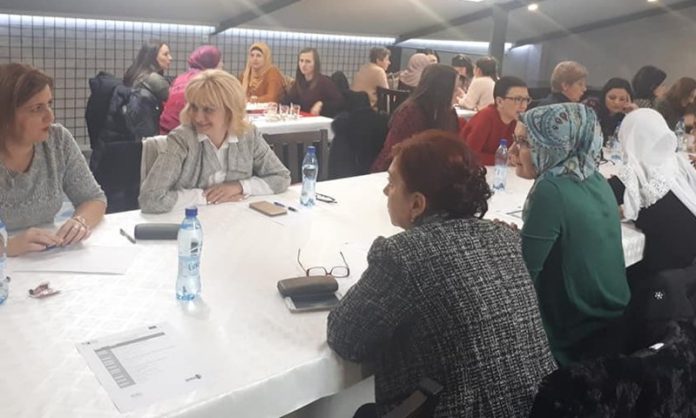 105 teachers from pre-school institutions in Bosnia and Herzegovina learned how to teach children about the media within a project supported by sub-granting scheme of the regional project »Media for Citizens, Citizens for Media«, implemented in 5 countries of the Western Balkans.

105 teachers from pre-school institutions in Bosnia and Herzegovina learned how to teach children about the media within a project conducted by by Radio Kameleon – Open Network of Human Rights and Democracy and Association for Media Education, Democratization and Research MEDIANA. Alongside this, the project produced a manual on media and information literacy (MIL) for pre-school teachers and a set of advocacy activities aimed at encouraging pre-school teachers to design and implement MIL activities.

Workshops on media education of pre-school children were held in five cities of Bosnia and Herzegovina, with participation of a total of 105 pre-school teachers. The workshops covered the following issues:

The manual “Media Education of Pre-School Children”, available in local language as a PDF, contains pointers and recommendations for appropriate usage of media and media content in kindergartens. It includes educational material on cartoons and methodological preparations for activities on MIL for pre-school children that can be implemented within the existing official curriculum, as well as such preparations for workshops targeting parents of pre-school children.

The manual was widely distributed to principals of kindergartens in the country; MIL experts; librarians; and a range of relevant institutions and organizations.

A public call within the project sought examples of activities for MIL education of pre-school children from pre-school teachers. Three authors of didactic material received financial awards, and their proposed activities were included in the manual. This demonstrated how activities involving elements of MIL can be incorporated into existing official education plans for pre-school children, with the aim to inspire teachers across the country to implement the awarded or similar activities.