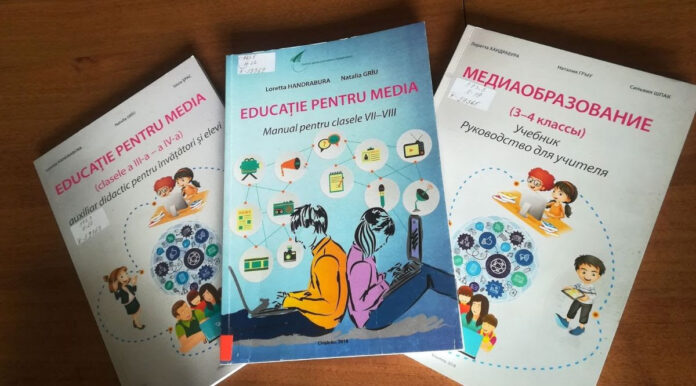 Some 84 percent of young people believe that “it is important to be able to distinguish between news that has the purpose of manipulation or misinformation in society,” and 61 percent believe that the discipline of Media Literacy, taught in schools, can protect them from such phenomena as media manipulation, propaganda and misinformation, according to the Study on the Evaluation of Media Skills and Media Literacy among Young People in Moldova, conducted by the Centre for Educational and Community Development (CECD). The CECD study was launched on April 13 in Chisinau.

The basic aim of the study is to assess the media skills and media literacy of young people in Moldova for the period 2021-2022.

The authors note that since 2018, the optional subject Media Education has been introduced in high schools, with the support of the Independent Journalism Centre of Moldova. As a result, more than half of those surveyed believe that this discipline can protect them from phenomena such as media manipulation, propaganda and disinformation.

At the same time, they argue that media literacy should be considered a priority and included in the educational curriculum for kindergartens and in the school curriculum for grades 1-12, as well as in the curricula of Moldovan universities.

The study also proposes the establishment of a “hotline” for citizens to report fake news and misinformation and proposes the creation of a common online media literacy resource platform.

The article was originally published by Independent Journalism Center in Moldova.