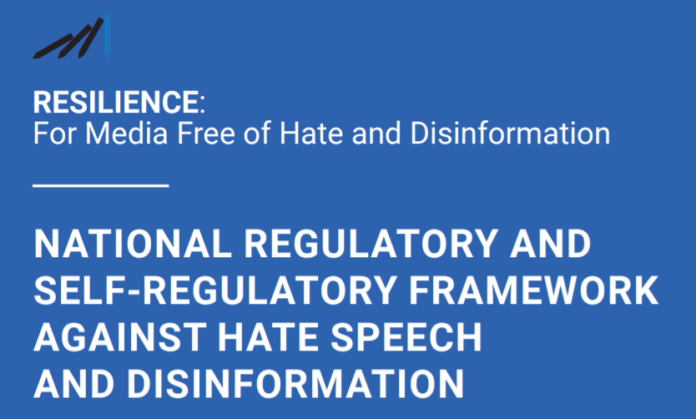 This factsheet aims to analyze the national regulatory and self-regulatory framework against disinformation and hate speech in Kosovo.

Furthermore, anyone who publicly incites or publicly spreads hatred, discord and intolerance between national, racial, religious, ethnic and other groups or based on sexual orientation, gender identity and other personal characteristics in a manner which is likely to disturb the public order is punishable by fine or imprisonment of up to five years according to the Criminal Code of Kosovo.

In addition to the legal framework, media regulatory bodies have further developed internal regulations to restrict and punish hate speech and disinformation. The Code of Ethics of the Independent Media Commission and the Code of Print Media of the Kosovo Press Council contain guidelines on fair and objective reporting.

This publication was produced within Resilience: Civil Society for Media Free of Hate and Disinformation, a regional project financially supported by the European Union and implemented in the Western Balkans and Turkey by a consortium of media development organizations led by SEENPM. It is part of a series of publications on the same general topic researched in Albania, Bosnia and Herzegovina, Kosovo, Montenegro, North Macedonia, Serbia and Turkey (all publications are available on the SEENPM website).