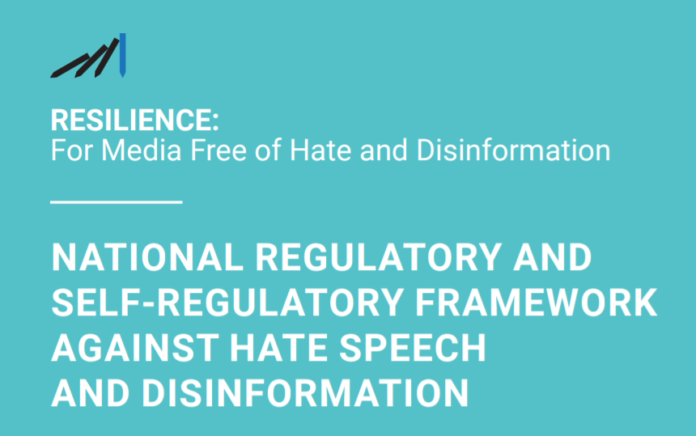 This factsheet briefly summarizes the basic information on the regulatory and self-regulatory framework against hate speech and disinformation in Serbia.

It also provides examples from the practice of competent institutions and bodies, illustrating the application of the presented regulatory mechanisms in each explored area.

In the process of accession to the European Union, Serbia is harmonizing laws with the EU legislation. In this process, the majority of regulations related to the prevention of hate speech and the spread of disinformation generally meet standards or are in the process of being amended.

The legal framework regulating the field of hate speech begins with the highest legal act – the Constitution, where Article 18 stipulates that “provisions on human and minority rights shall be interpreted to the benefit of promoting the values of a democratic society, pursuant to valid international standards in human and minority rights”. The umbrella law regulating the issue of hate speech is the Law on the Prohibition of Discrimination, which recognizes hate speech as a form of discrimination.

The Serbian Journalists’ Code of Ethics in the fourth chapter, which defines the journalists’ responsibilities, stipulates that “a journalist must oppose anyone who violates human rights or promote any kind of discrimination, hate speech and incitement to violence”. The entire first chapter of the Serbian Journalists’ Code of Ethics refers to the Authenticity of Reporting and obliges journalists “to report on the events of public interest accurately, objectively, comprehensively and in a timely fashion, while respecting the public’s right to know the truth and respecting the basic standards of the journalistic profession”.

This publication was produced within Resilience: Civil Society for Media Free of Hate and Disinformation, a regional project financially supported by the European Union and implemented in the Western Balkans and Turkey by a consortium of media development organizations led by SEENPM. It is part of a series of publications on the same general topic researched in Albania, Bosnia and Herzegovina, Kosovo, Montenegro, North Macedonia, Serbia and Turkey (all publications are available on the SEENPM website).