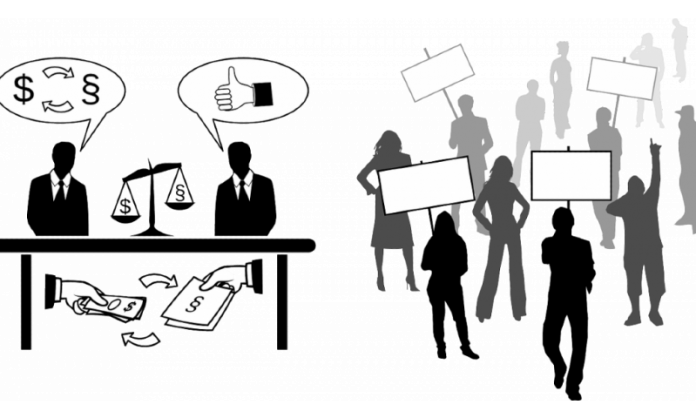 In several eastern European countries, misinformation is a lucrative business, reliant on advertising revenue, and pulling in cash from a variety of other sources including government subsidies, crowdfunding, tax designations, donations and sales of merchandise.

Mainstream media outlets dominate the misinformation landscape in Serbia where small websites cannot compete with “misinformation giants” like the tabloid newspaper Blic. In neighboring Bosnia & Herzegovina, mainstream media, mostly “anonymous, for-profit websites offering no true journalistic value,” are also the main sources of misinformation, according to a new report of the Center for Media, Data and Society (CMDS) that dissects the business of misinformation in six Eastern European countries.

According to the report,

“advertising appears to be one of the primary sources of revenue for most misinformation websites,”

which rely heavily on Google’s ad sales platform. However, in Serbia websites tend to sell ads directly. Such examples were also found in Slovakia and Hungary.

“Advertising is such a major source of cash for misinformation channels that in Romania and Hungary, some of these websites are difficult to navigate due to the overabundance of ads,” Judit Szakács, the report’s author wrote, adding that in some cases, “the content is created only as a vehicle to display ads.”

Nonetheless, initiatives against such money-making machines have mushroomed lately, the most effective response coming from the publishing industry. In Slovakia, following lobbying by Konspiratori.sk, an NGO that brings together the country’s main publishers, advertisers were dissuaded from spending money on misinformation websites. They reportedly scrapped over 17,000 ad campaigns.

Still, misinformation websites in Slovakia found cash through other sources, including e-commerce, crowdfunding and tax designations (a part of income tax people are legally allowed to send to the NGO of their choice). The most popular false news website in Slovakia, Zemavek.sk earned from tax designations an average of €12,717 a year. It generated total revenues of €430,871 in the latest fiscal year.

An important source of income for some of the Serbian misinformation websites, particularly mainstream media companies, is the state budget. State funding is a key source of cash for media outlets in other countries, too, particularly Hungary.

Another main trend in the misinformation business is the fast recycling of URLs. In Bosnia & Herzegovina and Hungary, misinformation websites appear and disappear at a fast pace, mostly because they are blacklisted by Google’s ad sales system, or threatened with legal action.

In these two countries, but also in Romania and Moldova, misinformation websites often operate through networks of portals or are run by an individual or entity that owns a large number of websites. Some of them can be traced to former or current politicians.

The primary generator of traffic for most of the misinformation websites is Facebook where these websites’ community appears to remain stable, the Facebook page helping maintain their traffic to the newly emerged URLs.

The report warns that attempts by governments to adopt legislation that is arguably aimed at combatting fake news are simply wrong and dangerous:

“Such legislation will only instill a chilling effect among journalists or silence critical voices.

Misinformation channels always evade such legislation by reappearing in a new form or under a new name.”

Instead, tracking the ownership and funding of such websites can be used as a base for informed policies and adequate legal provisions that would help cut or limit the financial resources of these platforms.