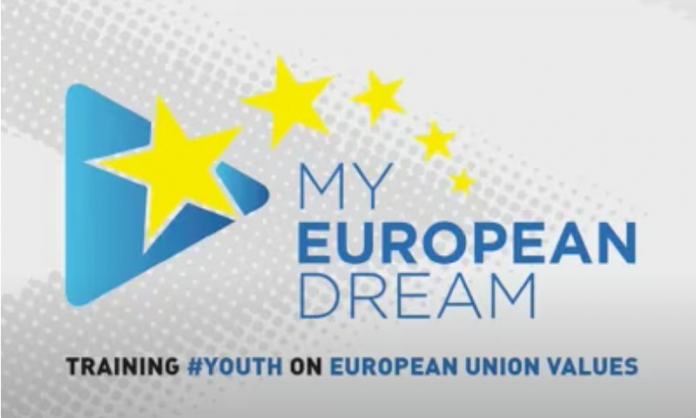 20 high school students in Albania took part in the production of creative videos intended to raise awareness among their peers and the wider society about European values that the Albanian society either shares or aims to adopt.

The activity was part of the project My European Dream of the Institute for Democracy, Media and Culture (IDMC).

The project is part of the sub-granting scheme of the regional project »Media for Citizens, Citizens for Media«, implemented in 5 countries of the Western Balkans. The aim of the projects is to increase the CSOs’ capacities for promotion of MIL practices and policies at a local level. In this series we present a number of implemented projects.

he young people participating in the project attended workshops focused on learning about European values (such as respect for human dignity; human rights; freedom; democratic consolidation; equality; the rule of law) and the role the media play in communicating those values. They were mentored during the production of the creative videos, which were then widely shared on social media.

Some seven thousand people in Albania viewed the videos.

See all the videos produced within the project.