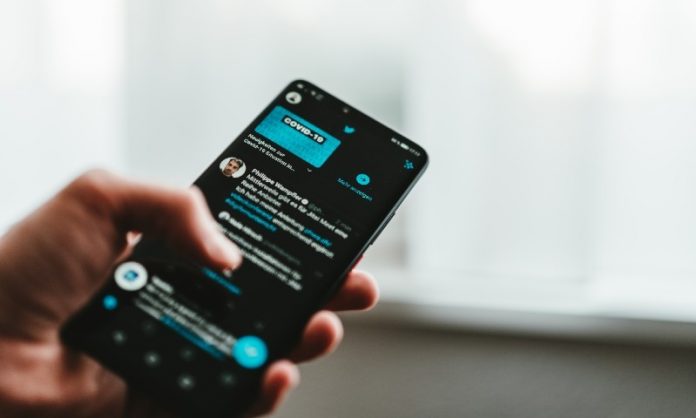 Until decision-making institutions join their efforts with other stakeholders toward a comprehensive national strategy on MIL, concerns will remain over Kosovo’s ability to deal with future digital information challenges.

The COVID-19 pandemic has made headlines for months now, both in credible and less reliable media and other information providers. The World Health Organization’s early alert that the COVID-19 pandemic outbreak came in tandem with a massive ‘infodemic’, has become a real challenge, bringing citizens’ preparedness to navigate digital and media landscapes under scrutiny.

Kosovo was no exception when it came to polluted information on the pandemic. Different conspiracy theories on the pandemic (such those about the freemasons wanting to control the world through this pandemic somehow); different home-made cures for COVID-19 etc. flooded the digital landscape, with a significant number of citizens making interactions with such false information. Based on a research, the top 5 disinformation stories spread by media outlets in Kosovo were:

In early July, when the number of infections spiked, the prime minister of Kosovo, Avdullah Hoti, said that it was intolerable that 30% of citizens did not believe that COVID-19 disease existed and that it was dangerous. The Organization for Cyber Security and Privacy (OCSP), a disinformation debunker, alerted that only between the beginning of the pandemic and the end of April, they debunked about 2000 news articles and social media posts that contained disinformation, scams, click-bait, misinformation and/or missing context.

The mainstream media in Kosovo for most of the time they reported accurate information. There were times, however, when even reputable outlets fell victim to disinformation. To mention one case, in mid July, the online platform of the public broadcaster, Radio Television of Kosovo, reported that Israel had announced the discovery of antibodies that neutralized the coronavirus and that the country had therefore lifted all restrictions. The article was translated from The Yucan Times, which reported that the Israel Institute for Biological Research (IIBR) and the Israeli Ministry of Defense had announced via Twitter that the development phase of an antibody that would be effective in neutralizing SARS-Cov-2 had been completed. The article was quickly reposted in other online news media in Kosovo. What the Kosovo media failed to notice was that the tweets used in The Yucan Times’ article were outdated. The Israeli Ministry of Defense tweets were then two months old, no restrictions had been lifted and there was no update in that regard at least until the article was posted on The Yucan Times website and online news media in Kosovo on 14th of July.

The spread of information pollution in Kosovo during COVID-19 pandemic underlines the necessity of developing media and information literacy (MIL) skills and attitudes among citizens. It also argues in favour of efforts to improve factchecking skills of journalists and editors, who too often reprint information from other outlets without factchecking it first. Both require a comprehensive strategic approach that is sustainable long term.

Dispiriting picture of action at place

Kosovo citizens are highly exposed to information not only from mainstream media, but also from other information providers on the internet. The simplification of procedures to enter the media market has enabled the appearance of various online outlets that disregard basic journalism standards. While 93.2% of families in Kosovo have access to the internet, they can watch, read and listen to 20 licensed televisions, 83 radio stations and hundreds of online news outlets in Albanian alone.

Even with such high numbers of information providers, there hasn’t been any institutional, sustainable effort towards developing MIL as a necessary set of skills that citizens need to be able to access media and other information providers with critical approaches. In the formal education system, indirect MIL concepts have been included at different stages of the formal education system. However, there is no mandatory course in school curricula. The neglect of critical thinking and reading in the education process, which would have served as a partial substitute to a specific MIL course, does not help the situation.

According to the OECD’s 2018 Programme for International Student Assessment (PISA report), 21% of students in Kosovo can identify, at a minimum, the main idea in a text, find information and reflect on its purpose, and only an insignificant percentage of students can comprehend lengthy texts, deal with abstract or counterintuitive ideas and establish distinctions between fact and opinion. This means that the majority of 15-year-olds in Kosovo cannot even identify the main idea in a text, its information and purpose, let alone establish distinction between fact and opinion. Extracting and organising information and media content, along with synthesising or operating on the ideas abstracted from content, rank among top skills media and information literate citizens possess. While the majority of 15-year-olds in Kosovo struggle to understand basic texts, most of them are exposed on a daily basis to various forms of information deriving from different entry points.

Even with such poor PISA results back in 2018 and spread of information pollution even before the COVID-19 pandemic, government institutions do not seem to be alerted and fail to make the connection between the two. The very first (and so far only!) time several stakeholders of MIL, including government institutions, information providers, NGOs, gathered for a joint discussion back in 2018 when the consultation process on MIL policies and strategies took place as part of an EU-UNESCO funded project. The consultations resulted in a Position Paper on MIL development in Kosovo which recommended a set of objectives and next steps to be implemented by stakeholders. No concrete step has been taken toward those objectives since.

Non-formal education as a flourishing, but short-handed, MIL environment

In recent years, there has been an expansion of international organizations, NGOs and grassroots that focused some of their activities toward MIL in Kosovo. Those activities targeted mainly the decision-making institutions, teachers and the youth, which received most  attention.

However, these remain isolated and project-based activities aimed at generating MIL skills, most often those in countering disinformation. In general, compared to the formal education system, NGOs, international donors and extra-curricular activities of universities have enabled a system of non-formal education as a flourishing environment for certain groups to acquire MIL skills. Yet, by targeting only specific groups, other groups of citizens, which do not fit within the target, do not benefit. Moreover, these MIL projects offer no long-term strategic solutions. Instead, they are ad-hoc responses that do not guarantee sustainability.

The spread of information pollution, especially shown during the COVID-19 pandemic, calls for a more focused approached to prepare the citizens of Kosovo to navigate the immense volumes of information in the media and digital landscape. Such skills are not necessary to merely counter clickbaits concerning celebrities. They should enable citizens to make well-informed decisions and act responsibly and ethically as part of their communities.

A national strategy, led by decision-making institutions, would be a meeting point for all key stakeholders’ efforts towards MIL and would provide sustainable solutions to disseminate and strengthen MIL skills among citizens in the long term without leaving anyone behind. Until such an action is initiated concerns will remain over the country’s ability to face future information challenges.