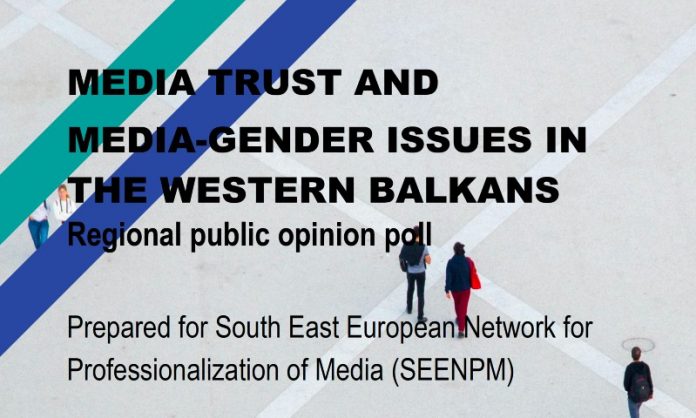 The reports featured here on the opinion poll provided by IPSOS are part of the research on media trust and media-gender issues within the EU-funded project Resilience – For Media Free of Hate and Disinformation, implemented in the Western Balkans and Turkey.

The opinion poll was conducted in Albania, Bosnia and Herzegovina, Kosovo, Montenegro, North Macedonia and Serbia, in February and March 2021.

The Ipsos data sets were analysed, discussed in the focus groups and included in the Resilience research reports on media trust and media-gender issues available on the SEENPM website.

Trust in the Media in the Western Balkans – Narrative Report