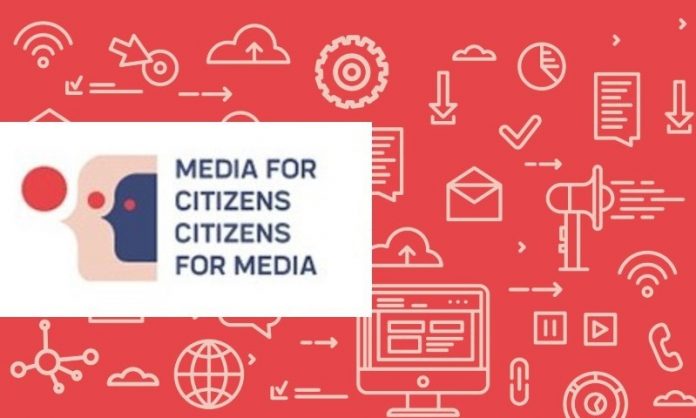 ‘Media for Citizens – Citizens for Media’, a regional project in the Western Balkans, completed two rounds of sub-granting aimed at building capacities of CSOs in Albania, Bosnia and Herzegovina, North Macedonia, Montenegro and Serbia to promote media and information literacy (MIL) practices and policies at the local level.

See the results of the first round of sub-granting when 20 projects were funded.

In the second round, 107 project proposals were submitted by CSOs in the five Western Balkan countries aiming to increase their capacities for promotion of media and information literacy (MIL). 21 of them were selected for implementation.

Two types of projects were supported:

Here is the final list of sub-grantees of the second round, with brief information about their approved projects:

The project aims to monitor and evaluate students’ critical understanding of media content and information circulating through legacy media, new media and social networks (using surveys). Media and communication experts will acquaint students with various aspects of media literacy. Students will be encouraged to be effective in the role of authors and producers of media content.

The goal is to strengthen media literacy and critical thinking about the media industry among the public in Albania. By reaching out to diverse population groups, it will aim to inform them about media ethics and the ways media messages are designed and presented in print and online media, as well as highlight different kinds of media content and the relations among these, including a focus on the phenomenon of fake news.

The goal is to enhance the media consumers’ understanding of the media and its mindset and to foster the participation of the public as a media ethics corrective and their trust in the media. A connection will be established between the audience and editors of www.politiko.al by installing apps on the website where the audience can address complaints, ideas, or discuss Politiko’s content with the editors.

Sexism in the media is one of the main forms of gender discrimination. As the audience is not educated to critically view media messages regarding gender, the project aims to to equip the young audiences, especially future media professionals, such as students of journalism and film, with knowledge about gender stereotypes, sexism in the media and its impact on the society. The project will spark discussion on these issues in public forums inside schools and universities. It will also highlight the need to include gender perspective in university curricula.

The aim is the education of the public as a basis for recognizing and neutralizing the activities of internet bots. The project will feature a combination of a drama featuring a day in the life of an internet bot and a documentary explaining the basics of this social phenomenon. The content will be adapted for TV broadcasting and featured as short online videos.

The aim is to educate young people about the significance of media and information literacy in their work and public life through the use of innovative and interactive educational tools (i.e. board games). Nine young people will participate in a three-day workshop on media literacy. With the help of experienced facilitators, they will develop three board games focusing on various aspects of awareness raising about media and information literacy skills among citizens in BiH. The participants will test the games in their high schools/universities throughout the country and report on the games’ key advantages and shortcomings based on the collected feedback. Finally, they will work on improving the games’ design, including the creation of the games’ digital versions (to be available online for public use).

The aim is to address gender disparity in the production of media content by encouraging young women to become both critical consumers and producers of content. Through a series of workshops and mentorship, participants will learn how to recognize discriminatory media coverage, and to produce their own texts. The focus will be on journalistic forms that are either disappearing (culture and arts coverage), or are most commonly abused for expressing discriminatory views (e.g. columns, op-eds).

Association ‘Spektra’ in partnership with Queer Montenegro
Project: Gender literacy of the media

Online and promotional activities are aimed to increase parents’ critical understanding of media content, as well as their knowledge on how to protect children online and understanding of the role of the media in children’s development.

Digitalizuj.me
Project: Strengthening digital literacy among the youth in Montenegro

The project aims to increase the level of media literacy in Montenegro by a series of workshops and lectures for youth, and a series of educational online materials on the topic. Workshops in three cities, to be done in cooperation with local Youth Clubs, will target 90 youth representatives teaching them how to think critically about the online content, recognize fake news and propaganda, and become responsible and ethical content creators. Throughout the project, Digitalizuj.me will publish educational content on its blog and social media channels.

Objectives of the seminar are: to exchange experience about media education through non-formal education; to exchange and collect creative tools, activities and methods for MIL, as well as promotion of intercultural tolerance and understanding and development of new tools to help tackle growing intolerance.

The aim is raise awareness about and increase media literacy (MIL) in Kavadarci and Negotino targeting 200 students from 4 high schools; final beneficiaries are the citizens of these municipalities. The activities will encompass: training for young trainers, educational workshops for high school students, online MIL campaign, Open Info day.

The goal is to raise awareness among young people of the dangers of fake news, and to reduce the risk of their becoming victims of misinformation. A manual for high school students and teachers will be created, explaining the role of the media in a democratic society and the trend of mass media abuse for propaganda purposes. The manual will be presented in eight high schools in the capital of Skopje and major cities.

The purpose of the project is to focus on digital literacy within formal secondary education. Since high school students almost always use online content to complement what they have learned at school, the project will help them select relevant and verifiable content. A database of teachers’’ websites will be created, also available as a mobile application for the benefit of high school students in Delcevo.

The project will promote ML among youth and children from rural areas, to foster their critical understanding of the media and to strengthen the capacity of local CSOs to promote media literacy at the local level. Through the project activities an interactive process of education will be established between students, teachers, local CSOs and the media. Direct beneficiaries will be 100 children from the rural areas from Demir Hisar and Mogila municipalities, their teachers and local CSOs’ representatives.

FemPlatz in partnership with KomunikArt
Project: Media and Information Literacy and Gender Equality

The project aims to build capacities of women’s rights organizations for media and information literacy (MIL) in the context of gender equality, and influence adequate reaction to gender stereotyping and prejudices about women’s rights in the media and public forum, including opening a debate about introducing gender perspective in MIL-related policies and programs.This will be achieved with the following activities: a two-day training for 25 representatives of women’s rights organizations and activists; distribution of an informational brief to relevant stakeholders about the link between MIL and gender equality; networking at the local level; production of critical texts on the issues raised by the project.

REPER, Novi Pazar
Project: Together against the flood of (dis)information – teachers and students on the same task!

The aim is to put into focus the problem of media literacy in secondary education. Through workshops on Internet security and the recognition of false news and product placement in the media, teachers’ and students’ knowledge and skills about critical evaluation of media content will increase. Teachers will transfer knowledge about media literacy to students, and consequently the generation gap between them will be reduced through the project. By means of local media coverage and media promotion, awareness of the importance of media literacy at the local level will increase. At the end of the workshops, a quiz will be organized among the schools in Novi Pazar where the teams will consist of teachers and students. The winners will receive the Media Literacy Award.

The main goal of the project is to raise public awareness, especially among the youth, about the importance of understanding the media environment. The project will create a unique network of local youth NGOs and young artists to advocate for media literacy through art and creative expression. The project will also build capacities of local NGOs through educational workshops where they will be joined with young artists. Through art, they will address the phenomena of fake news, tabloidization, sensationalism, stereotypes, etc. The supporting project activities will be implemented during the European Media Literacy Week.

You can reach us at [email protected] for any information about the project.