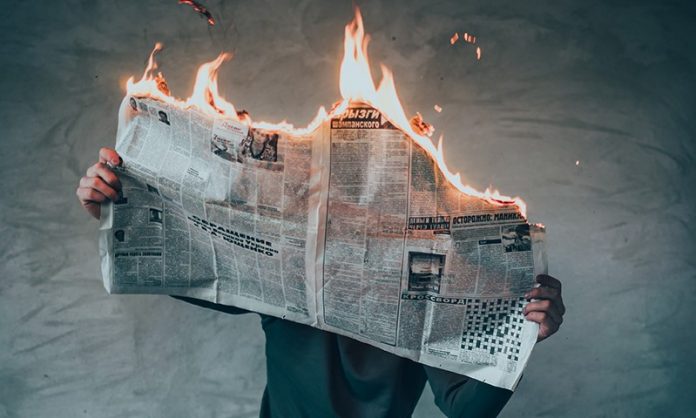 Global trend of fighting disinformation is joined by dynamic and enterprising projects in the Western Balkans. We present 3 of them.

Global trend of fighting fake news, or rather disinformation and misinformation, is joined by dynamic and enterprising projects in the Western Balkans, intended to inform, but also educate media audiences.

Their aim is to foster public participation in the effort to improve media integrity and trust in the media.

Common to these projects ​are sophisticated fact-checking methods  devised to establish a clear division between disinformation and facts, and ​to differentiate between credible media sources and those that are not.

Here briefly about three ​such initiatives. Please, let us know  of other similar projects in Central and South East Europe.

Raskrinkavanje.ba, based in ​Sarajevo, contributes to debunking false news, propaganda narratives, commercial and political interests masked as journalistic reporting, with the aim to foster critical approach to media content and strengthen media literacy.

The worst grade a piece of media content can get is “fake news​,”​ which is​ given when it is established beyond any reasonable doubt that ​the media outlet ​has ​deliberately fabricated a story or a claim, presenting it as truth, therefore ​deliberately​ misinforming the public.

​Outlets republishing​ such content are labelled  “carriers of fake news”.

Not all the grades are of the same weight. Some point to absence of intent to spread disinformation, such as “error” or “satire” (the aim is to point to satire when it can be mistaken for truthful media content and become potentially harmful if republished further with no verification and clear indication that it is a satire). However, the website’s team thinks that these are important for the all-encompassing mapping of media content quality.

Based on negative content grading, media outlets end up ​either on​ the “Red-flag list,​” which ​ features outlets publishing fake news, or the list of high risk media. ​The lists ​are intended to help audience​s​ ​navigate the media landscape.

The platform is run by the organi​sation “Zašto ne” with a long experience in fact-checking based on the work of their truth-o-meter website Istinomjer, which seeks to verify statements of public figures.

The website is a project of investigative journalism center KRIK.

Fakenews.rs  deconstructs Serbian and foreign media reporting (when it has to do with Serbia), but also aims to empower users to deconstruct media content themselves by offering  an online course as a guide providing tools for detailed deconstruction of news that seem like potential disinformation.

The website is intended for media professionals, educators, future journalists, and citizens wishing to join the fight against disinformation.

Featured blog is of educative nature as it explains the phenomenon of disinformation from multiple angles, such as, for instance, a series of posts on manipulative language strategies.

Another added value is the website’s own research on disinformation in Serbian media. The first studies show that a Serbian tabloid published 362 fake news on its front pages in a year and another one featured 237.

The website is a project of the Novi Sad School of Journalism, ​a SEENPM member, ​within a broader initiative to build local capacities in Serbia in the fight against media propaganda and disinformation in the public sphere​ conducted​ in cooperation with the media development organization Transitions.