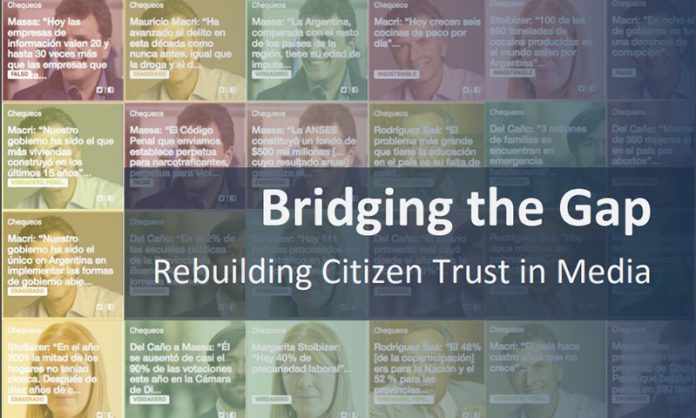 Journalists in many countries are experimenting with how to build trust and engage with audiences. The study Bridging the Gap: Rebuilding Citizen Trust in the Media, commissioned by Open Society Foundations, profiles organizations that are working to build bridges with their readers, viewers and listeners and deliver relevant news to local audiences.

The authors (Anya Schiffrin, Beatrice Santa-Wood, Susanna De Martino with Nicole Pope and Ellen Hume) surveyed 17 organizations and conducted interviews with representatives of 15 organizations, one of which chose to remain anonymous.

Read about the publication:

Some key survey findings include: